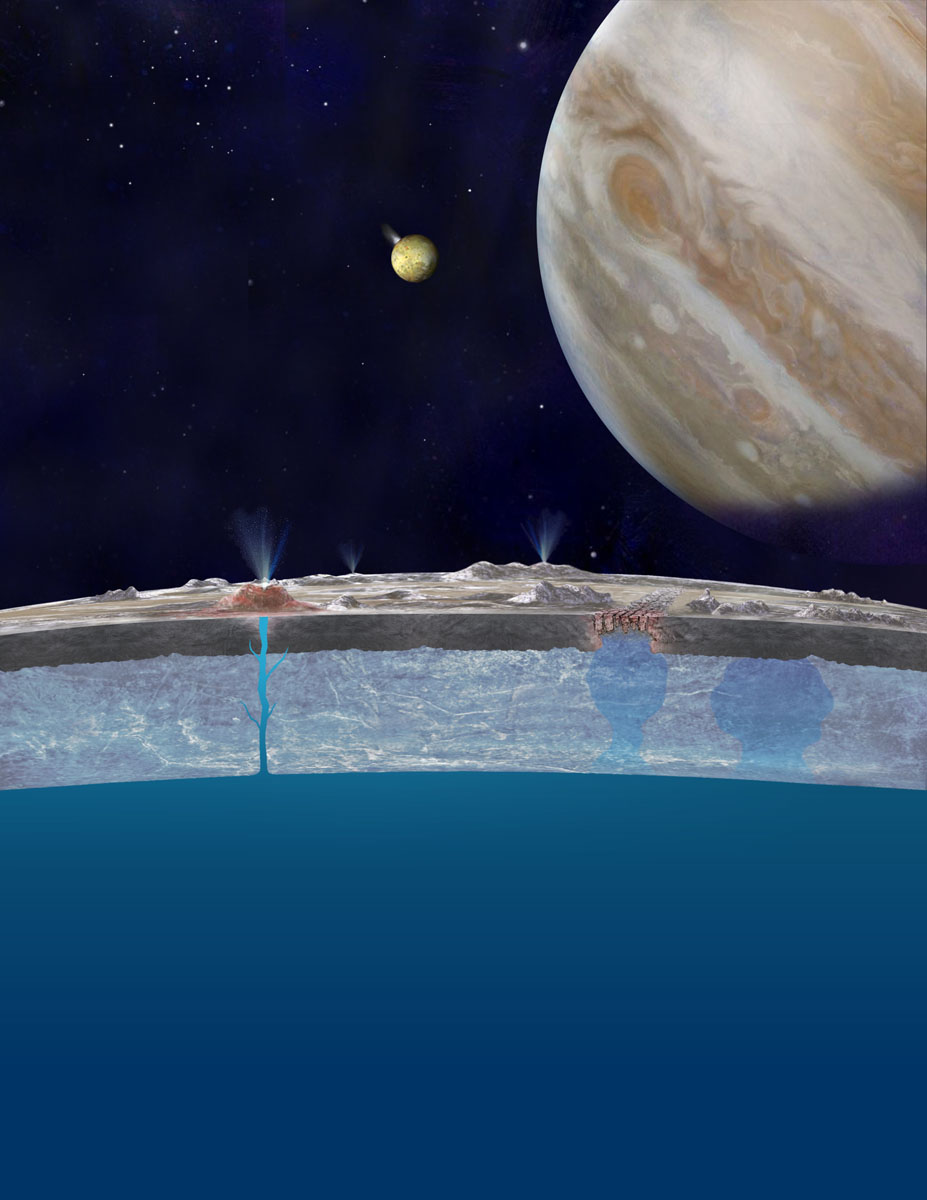 Artists conception of the ocean under the ice on Europa, credit: NASA/JPL-Caltech

Based on new data from the W. M. Keck Observatory about Jupiter’s moon Europa, astronomers hypothesize that chloride salts bubble up from the icy moon’s global liquid ocean and reach the frozen surface where they are bombarded with sulfur from volcanoes on Jupiter’s largest moon, Io. This illustration of Europa (foreground), Jupiter (right) and Io (middle) is an artist’s concept. Credit: NASA/JPL-Caltech